Two things I really wanted to be true in 2018 are what I had hoped for at the end of 2017 – to blog more and to not let the bastards get me down. And, well, I think I let them get me. I remain optimistic for 2019, but I’m going in cautiously and knowing how to use my time better, even if it means saying no more (something I forgot how to do in 2018).

I’m ending 2018 the way I like ending every year (well, at least since 2011) – letting writers take a peak behind the query curtain. My “Year in Queries” posts are always met with dread and fascination, but my hope is always to de-mystify the process while offering encouragement. So, let’s get to it!

As always, my annual reminder:

In those 5 categories, I received 364 queries.

This year I decided to take a brief query break in August. While closed, I received 80 queries (which were deleted unread).

Finally, in addition to those 444 queries that did not follow the rules, I received 174 queries in genres/markets I do not represent. I still answer these, so they’re included in the total stats. I’m also not the *most* strict about these (sub-genres are tricky, after all). For “do not rep” I only use what I specifically list as “no” in my bio. These include:

OK – now for the fun stuff! Let’s talk about the thousands (yes, thousands) of you who followed the rules and queried me with awesome manuscripts in genres I absolutely represent!

Keep in mind, this post refers to queries only – aka, “the slush pile,” aka, “unsolicited submissions.” This does *not* include queries I received as referrals, requests from conferences or online contests, or previous R&Rs (Revise & Resubmit).

*This figure is almost double of what I received in January 2017. I ended up receiving significantly more queries in February and March than last year too. I’m not sure why, but whoa did this set the tone for my shiny new, and longer, response time in 2018! Thank you for your patience, writers!

What I Wish I Saw More:

It cannot be overstated how grateful I am to the 4,000+ of you (!) who put in the time, effort, and professionalism necessary to query. It’s often impossible to personally respond to each query (hence, form rejections), let alone take on more than a few new clients per year. But you are seen and appreciated.

It also can’t be overstated that agents want you to succeed! Rejections aren’t personal. You’ve probably seen this often enough in form rejections, and maybe it sounds trite at this point, but another agent really will have a different perspective on your query. What’s true for me might not be true for someone else, and the workload I can or can’t handle in a given month might be just what another agent has been hoping to add to their own list. Don’t give up, no matter what our stats tell you. 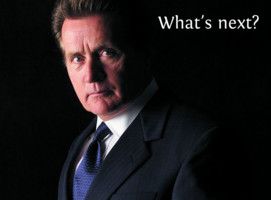