This week an important Twitter campaign launched called #WeNeedDiverseBooks. It went viral, according to Salon, which I think is technology-code for “popular.” I participated in the hashtag along with many other writers, agents, editors, publishers, librarians, and PEOPLE who demand more representation in their books.

Then something called #DiversityWL (Diversity Wish List) started. Agents and editors have been posting what, specifically, they hope to find in their slush piles. I’m happy this exists, but I’m not sure what to add to it. My “Diversity Wish List” is simply: well-written books in genres I represent. That’s my wish list no matter what. I want my “diverse” characters to be people in those stories.

So I started thinking about this more and realized it’s easier for me to say what I don’t want. “Diverse,” to me, isn’t calling out “Other-ness.” The “I’m Different And That’s OK” books had their place, but it’s 2014 and I think we can do better. I think we can offer more.

For Adult and YA, here is “Diversity Wishlist.”

1) LGBT characters who are more than just “the best friend.”

Give me a main character who’s main plot line doesn’t revolve around their sexuality. In YA, I know coming out stories and bullying stories matter, but those books have been written. I want to see a gay teen not be constantly reminded that there’s something “weird” or “unacceptable” about who they are. Your target audience becomes a whole lot easier to reach when they see themselves in stories, and not just as puppets for straight people to learn valuable lessons. And when straight teens read those stories too, it doesn’t always need to be about making them feel bad for the main character, nor does it need to make gay teens who aren’t bullied wonder where their stories are.

2) Main characters from different socioeconomic backgrounds, regardless of race.

The books I often see about “poor people” tend to be about a family struggling to get by, but rarely do I see entire worlds and viewpoints being developed. I don’t want to just know the characters have little money. I want to see how they save money in subtle ways. I want to see what’s important to them that may not be important to families who never have to worry about money. What makes their view on the world different and why does it matter?

This one is obvious. I want diversity within my white characters, but I also want to see people who don’t usually get to be the main character. What I’m NOT looking for: the sassy Latina best friend; black or Hispanic teens in gangs; “honor-driven” Asian-Americans who may or may not play a string instrument (Seriously, why do I always get queries with Asians who play the violin? Am I unfamiliar with this stereotype?); Muslim characters who’s primary function is to be Muslim first and a person second. The list of stereotypes can go on, but these are the ones I see most often. When I think “diversity” I don’t think “token,” but sadly that’s what I’m still getting.

Those are just the Top 3. Any other good books with unique characters who meet my criteria should also make their way to my slush pile. I want to bring new stories and new types of heroes into the world, and I want to help writers of all colors and backgrounds get published.

But, my main criteria will always be:
1) Is this well-written?
2) Do I love this story?

Because, yes, #WeNeedDiverseBooks, but status quo is unlikely to change over a forgettable character. Art influences history. So put your best out there, writers. Then, of course, remember to send it to me! 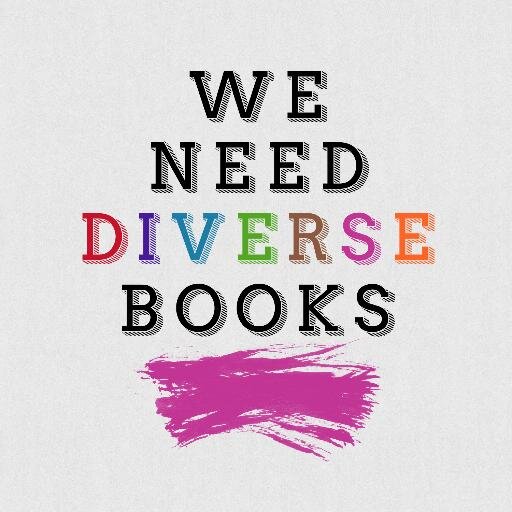 5 thoughts on “We Need Diverse Books”